Making the Most of Your Student Teaching 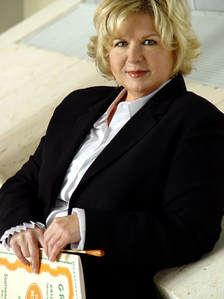 ​Kathy Johnson, a veteran of 38 years of teaching in Texas and retired Director of Bands at Argyle High School, is currently the Instructor and Coordinator of Woodwind and Brass Techniques at the University of North Texas.  Mrs. Johnson currently serves as the UIL Executive Secretary for Region 2 which encompasses school districts from Lewisville ISD, Northwest ISD, Denton ISD, and all of the small schools surrounding those districts.

While at Argyle, her responsibilities included directing the award winning high school Marching Band, Wind Ensemble, Symphonic Band, and overseeing the entire instrumental music program in the semi-rural district.  Under her direction, the Argyle High School Wind Ensemble was selected to perform at the Midwest International Band and Orchestra Clinic in Chicago in 2007. They were also selected as the Texas Music Educators Association 3A State Honor Band, earning the honor of performing at the TMEA Conference in 2009. Prior to coming to Argyle, she was a highly successful middle school director at McKamy Middle School in the Lewisville Independent School District where she also earned the honor of performing at the 2001 Midwest International Band and Orchestra Conference as well as performing at the Texas Music Educators Conference as the 2001 TMEA 2C Honor Band. She has earned the distinction of being one of the very few directors to earn multiple performances at both the Midwest Clinic and TMEA with different programs at both the middle school and high school levels.

Prior to coming to Argyle High School, Mrs. Johnson taught for twenty years in the Lewisville Independent School District in Texas.  During her tenure there, Mrs. Johnson taught at three different middle schools where her students consistently earned Superior Ratings and “Best in Class” awards.  Under her direction, the Griffin Middle School Symphonic Band advanced to the TMEA 2C State Honor Band finals and placed 4th and 3rd respectively in both 1986 and 1988.

A founding member of the internationally acclaimed Dallas Winds, she continues to regularly perform as a flutist. A member for the past thirty five years, she has played on countless concerts and sixteen compact disc recordings with many of the country’s foremost conductors. She has also performed with the Camerata Chamber Winds.

A highly sought after clinician, adjudicator, and consultant throughout Texas, her success and expertise on the development of the total band program have earned her recognition with invitations to present clinics at many prestigious conferences, and in-services. In 2018, Mrs. Johnson was one of 16 teachers in the state of Texas who was awarded the UIL Sponsor of Excellence Award.  She was a contributor in the development of the Tonal Energy Tuner application for iPad and iPhone; one of the most widely used applications in the country. Mrs. Johnson is co-author of Musical Mastery for Band, a method development book for band.  Most recently, Mrs. Johnson has been selected to receive the TBA Meritorious Achievement Award which is presented by the Texas Bandmasters Association Board of Directors to an individual for significant contributions to music education throughout a distinguished career as a Texas Band Director.

Mrs. Johnson received both her Bachelors and Masters Degrees in Music Education from The University of North Texas where she studied flute with Dr. George Morey and Dr. Mary Karen Clardy.